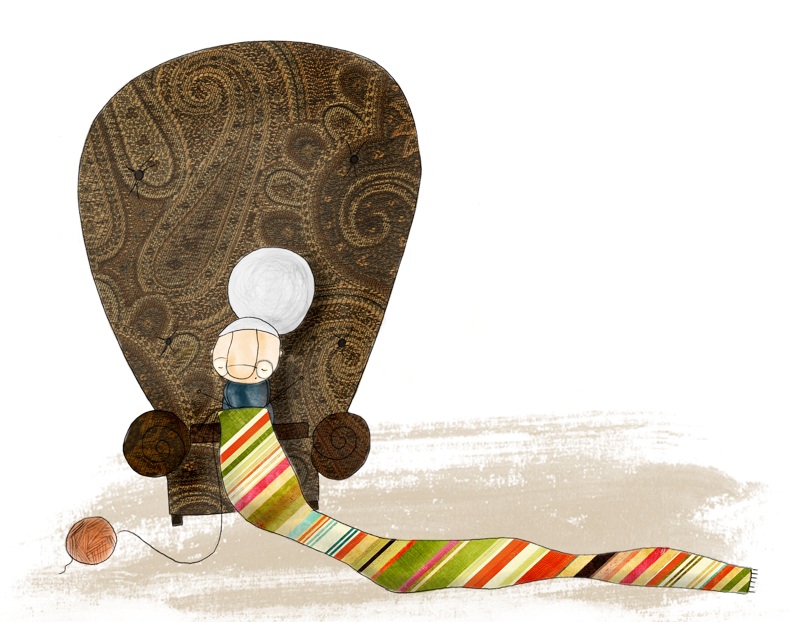 Cuento en inglés: The old lady in apartment 4 B

Even though she barely let anyone see her, all the kids in the building were terribly afraid of the old lady in 4B. She never talked to anyone; almost never left her home and the elders around said she was as old as the building, maybe even more. She had always been there with her wrinkly face, her narrow eyes behind thick round glasses and a huge and silver bun on top of her head. Who was that silent old lady?

The children in the building were convinced she was witch:

– But if she is a witch, how come she doesn’t have cats? – Some questioned.

– That is true; all the witches of the stories have black cats and pointy noses.

The only woman that had any kind of interaction with the old lady in 4B was Cuca, a middle-aged single woman that did the cleaning and the cooking once a week.

– Aren’t you afraid of going into her home Cuca? If she were to be a witch…

– What nonsense are you speaking! She is nothing more than a peaceful granny sitting in her chair always knitting.

– She is always knitting? That is very strange Cuca; who is she knitting for?

– She says she does it for her grandchildren.

The children suspected something was off with those grandchildren: maybe she had lots of kids locked away and she was knitting clothes for them? But that didn’t make much sense either…

One day, Cuca found the old lady in 4B was very sick. They called the doctor and he order her to stay in bed for at least two weeks and under supervision just in case her illness got worst. Soon, a commotion hit the building:

– What should we do now?

– Who is going to take care of her? I don’t really have the time…

– Her family should do it…

– But she doesn’t have any…

One by one, all the neighbors excused themselves from the task of taking care of the old lady in 4B for even a little while. Finally, a very angry Cuca offered to stay in the old lady’s home for as long as she needed or until she got well. But under only one condition…

– Every afternoon the children of the building would go upstairs to have a snack in 4B. I will prepare the food and they will keep the old lady company.

The kids thought the idea was terrible; to go inside the witch’s house who locked children away. Scary! But Cuca was so serious about it that the parents had to agree and accept the deal.

That afternoon all of them went to 4B very afraid. But the house wasn’t as they had imagined it to be. It was clean and tided up even though it was filled with stuff. Cuca made them go in a room. The old lady was awake and when she saw them a smile lighted up her face. It was the first time that the children saw her smile.

– Come in, don’t stay at the door – a weak voice said – Cuca said you are going to visit me every day. So kind of you!

The children started coming in shyly and sat on the chairs Cuca had arranged for them. All of a sudden they weren’t afraid anymore. The old lady in 4B told them her name was Jacinta, but when she was young her friend used to call her Cinta and that had become her name eventually. She told them about her many grandchildren that never came to visit her and how much she missed them.

They talked all afternoon, one day after another, until the old lady got well and it became unnecessary for Cuca to take care of her. But even though the deal had been accomplished, the kids kept going to visit Cinta every other afternoon. They talked to her and she knitted and knitted.

And that was how the next winter; all the children in the building wore the most colorful and warmest scarves in the whole neighborhood.